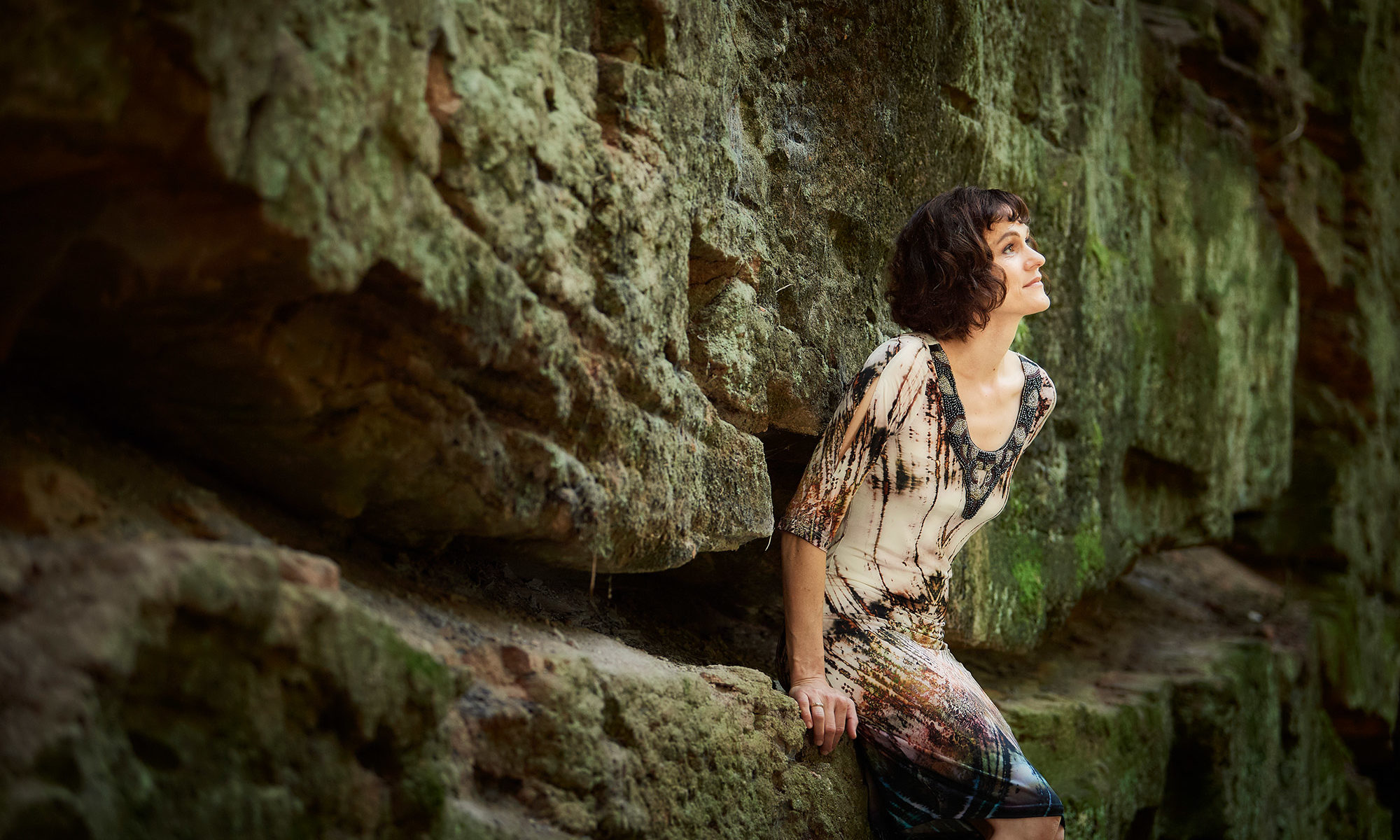 Katrin was born in Munich. She began her career by focusing on early music with Rosemarie Jakschitsch (Trossingen, Germany). During her studies, she performed frequently in Germany, France, Austria and Switzerland. She received formative impulses for her artistic development in numerous master classes by well-known lecturers such as Jassica Cash, Ingrid Figur, Klesie Kelley-Moog, Anna Reynolds and Richard Wistreich. During her postgraduate studies with KS Claes-Håkan Ahnsjö (Munich), Birgit Ströbel-König, and Denette Whitter (Nuremberg), she further developed her voice, becoming a lyric coloratura soprano, and has since covered the entire spectrum of the genre, from early baroque music to modern art music.

Her unusually comprehensive repertoire spans from the renaissance to the contemporary and she has performed the premieres of a number of renowned contemporary composers’ works. Not shy of testing and overcoming artistic boundaries, Katrin also produces and arranges her own concerts, drawing on the highest calibre of musicians who work with her on a regular basis in refreshingly unconventional ensembles across a broad spectrum of musical genres.  She is engaged for world premieres, for her interpretation of rediscovered classical compositions, as well as for productions of contemporary music. She has performed the world premieres of numerous works, including J. Rauh’s  Jesus-Oratorium (2015), G. Giordani / H. Lammel’s Otto Arie Sacre (2016), L. Kraft’s Drei Lieder (2018), B. Stöckl’s Lauretanische Litanei, (2019), as well as numerous songs and cantatas by Father F. Bühler (2021).) Katrin’s passion is vocal chamber music of all eras. She has made a name for herself with her international and cross-genre repertoire, which also includes numerous highly virtuosic Mozart concert arias.

After her stage debut as “Sandmännchen / Taumännchen” in E. Humperdinck’s “Hansel and Gretel” in a study production, she gradually worked on lyrical roles, playing the “First Priestess” in CW Gluck’s “Iphigenie in Tauris” at the Bayreuth Easter Festival, 2008. Subsequently, she expanded her classical coloratura repertoire, performing “Queen of the Night” in W .A. Mozart’s “Die Zauberflöte”, the “Olympia” in J. Offenbach’s “Les Contes d´Hoffmann” and L. Bernstein’s “Cunegonde” in “Candide”. For the 2020/21 season, she was  cast as “Konstanze” in Mozart’s “Die Entführung aus dem Serail” and “Zerbinetta” in R. Strauss “Ariadne auf Naxos,” but these concerts were rescheduled due to the worldwide corona pandemic.

Katrin Küsswetter has participated in prestigious musical festivals such as the European Music Festival, Stuttgart, under the baton of Helmuth Rilling, the renowned conductor of the Oregon Bach Festival’s Grammy-award winning recording of Krzyztof Penderecki‘s Credo. She also performs at the Innsbruck Festival of Early Music, directed by the Belgian conductor and early music specialist, René Jacobs, as well as the Easter Festival at Bayreuth. She has also performed at the world-renowned Bayreuth Festival.

Katrin Küsswetter has also guested in Germany at the Ansbach Bach Week, the Stuttgart Bach Festival, and the Festival of Early Music in Innsbruck, Austria. She was also engaged for several seasons at the famous Bayreuth Festival, where she played a solo role as the first apprentice boy in Die Meistersinger von Nuremberg for Children. She has worked with internationally renowned conductors such as Hartmut Keil, Christoph U. Meyer and Sebastian Weigle and with acclaimed orchestras such as the Bamberg Symphony Orchestra, La Banda, Augsburg, (an orchestra which performs on period instruments), the Munich Baroque orchestra, La Ciaccona, and the Neuen Nürnberger Ratsmusik.

Katrin has made numerous live recordings for German radio and television, including the film “Die Meistersinger von Nürnberg für Kinder” produced and directed by the Bayreuther Festspiel GmbH). Her latest digital recordings and streamings during the corona pandemic, which were also funded regionally, further document her command of her art form. Subsequent to the resounding success of her performances at the Rieser Kulturtage 2018, of Mozart’s concert arias, she released a CD dedicated to Mozart at the end of 2019 in aid of the Paracelsus University of Medicine in Nuremberg. Another CD is due to be released in 2021. Recorded with the renowned Arsatius Consort under the direction of Prof. H. Ullrich, it is a collection of songs, arias and cantatas, some of which are world premieres of the works of Benedictine priest, Father Franz Bühler. Planned for release in 2020, this has also been postponed due to the pandemic.

Numerous live television and radio recordings of her performances have documented her mastery of a staggeringly eclectic, virtuosic repertoire. Learn more about Katrin at www.katrin-kuesswetter.de

A woman of great joie de vivre and generosity of spirit, in addition to performing, Katrin loves teaching and considers passing on her expertise to emerging singers as part of her vocation. An expert musicologist, performer and a gifted teacher, she gives master classes and also teaches privately. She is a full member of the Bundes Deutscher Gesangspädagogen (the federation of German singing teachers) and the Deutschen Tonkünstlerverbands (the German musicians’ association).